The girl in the flower. By Roberto ed Alessia 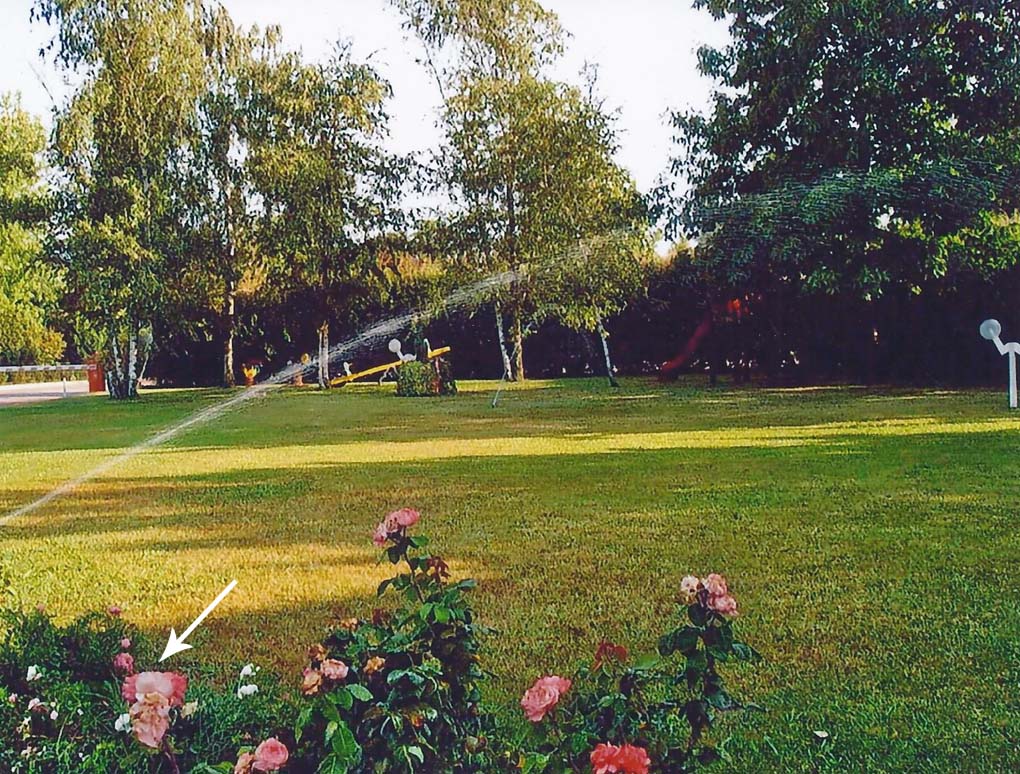 This story tells of an extraordinary love, since love, the real one, goes beyond the limits of physical existence, love is a thread that does not break…

I met Alexia in 2004 and at the beginning I only knew that she lost her partner in 2001 and that she was still hurt by such a tragic experience. .

I must say that Robert showed himself to me from the “Beyond” spontaneously, much before my meeting with Alexia ( I have the gift of perception). This proves that when our dear ones leave us to reach the Other Dimension they are still near us and they are perfectly aware of our future.

Roberto and Alexia’s love story was passionate and intense and their meeting was a real thunderbolt. They were both married to others and as they met they discovered to belong to each other and that they could not do without one another. So they separated from their respective spouses to start their life together, asking for the immediate divorce.

Everything seems to be going well and, completed the formalities and obtained the divorce, they set the date for the wedding which was to be celebrated in May. But….. in September Robert fell ill of an incurable disease and simultaneously Alexia discovered to be pregnant…..this child was wanted and desired by both since neither of them had children from the previous marriage…… Mainly Robert desired to be a father , he long dreamt to become one. Unfortunately the situation worsened rapidly and all the cures didn’t give any hope. Alexia took care of Robert day and night until when in December Roberto left the physical body to enter the spiritual dimension, leaving Alexia in the deepest despair.

The day of the funeral, three days after Roberto’s death, Alexia lost her baby….. just imagine the hurt and the pain…Alexia’s world fell apart ..she had lost everything….

When I “causally” met Alexia, and we know that nothing happens causally, I immediately realized that Roberto wanted to send her messages form the other dimension, he wanted her to know that he was fine, that he followed her, that he was always close to her and that he loved her more than ever and that she could be sure he would never leave her.

Robert sent real beautiful messages, they seemed love poems ( Alexia told me that he used to write those types of messages even when they were together) moving words, full of melancholy and yearning tenderness. Theirs was a special love, one of those love that can overcome anything, even the apparent and illusory separation. In fact, this separation (Robert said it in one of his messages, wasn’t real since their souls belonged to each other and no one could change this. Alexia finally started having a bit of peace. She knew that he wasn’t suffering anymore and that somehow their love story never stopped, it kept going on, in a different way, waiting for them to be together again in the infinity.

At one point Robert told me (since I was and am his channel of communication and he has sought and chosen me) that be baby girl ( the baby he wanted and desired) the unborn baby, the fruit of their love, was there with him, since “the “GOODNESS” did not allow for us to be separated…..” “I picked up my creature, she is here my love, we are waiting for you to come….” (this is a piece of one of Roberto’s messages.)

He sent many different signs form the “world of light” in which he lives, but it would be long to list them all since these communications lasted for about four years. Often in his messages he cites testimonials and signs which then Alexia invariably received and acknowledged.

Once, in one of his messages , Robert asked me to tell Alexia that he would have sent her a gift, he would let her see their baby girl, since she never had the chance to hold her in her arms. He would let her see that unborn daughter, fruit of their love. He did not tell me how this would have happened and I had suggested to Alexia that perhaps it would have happened in a dream…..we both thought this……but, after a while I took a photo in a garden where there was a rose bush, they were June roses.

I did not think about the roses at first! See, you must know that the rose was the symbol of their love story, it was so from the beginning . Not only Robert used to give the classical rose to Alexia as gifts but, after his departure, he often sent signs through the roses. (one winter morning while snowing and after having dreamt Robert once again during the night, Alexia found in the garden a bloomed rose. Another time, in one of his messages Robert was talking about a small rose and the next day Alexia really found a small rose bud in her mail box.)

But, let’s go back to the picture! In the picture, on the left, one can see a bush and in a rose one can notice the image of a child, in the petals, with her legs crossed as it can be seen in the images of unborn children….a fetus. When I first saw this, it was a strong emotion and I did not say a thing to Alexia, I wanted her to confirm that that was a gift for her. It didn’t take long to have this confirmation, as a matter of fact Robert sent me a message telling me that my intuition was right. The message said: ” the picture, the baby in the flower…..that flower, Alexia, will never wither, faith will keep it alive..”

So, once again, Robert had kept his promise, nothing of what he had said would happen didn’t actually happen, even when he said that Alexia would have a new love, ten years after his departure. At first Alexia refused this hypothesis, but Robert, as always, was right! Life always amazes! Today Alexia is happily married. ( ” you will love again…trust me….I follow your steps…..my one and only love!)

Now I rarely hear from Robert since Alexia, after many trails, can walk on her own and she has reached her peace of mind through her faith. However their love, as Robert said in one of his last messages, “was and will always be indissoluble, over time and space….don’t worry my love we will find each other in the blue of the sky, the three of us….”